The Magnesium 1,000 program began on June 15, 2016, reaching 1,000 implants on 24 February, 2017, and included 413 physicians in 237 hospitals across 32 countries. Physicians were asked to rate their personal experiences of acute performance with Magmaris, but also to compare their experiences with the leading polymeric scaffold for each case using an evaluation form.

Roughly 96% of program participants rated the overall performance of Magmaris as either good or very good, with similar results in the individual categories, including trackability, pushability, crossability and conformability among others. In 72.1% of cases, the Magmaris scaffold was tested against the leading polymeric scaffold as a benchmark to evaluate product performance. Magmaris was rated in 70-78% of cases as better or slightly better in various categories of acute performance, such as deliverability and vessel conformability.

“The scaffold’s exceptional trackability and crossability help to facilitate smoother delivery,” said Dr. Gregor Leibundgut, Kantonsspital Baselland, Liestal, Switzerland. “This makes the implantation easier and safer for the doctor and the patient.” Because of the scaffold’s unique design, its backbone is more flexible than that of the leading competitor, allowing good vessel conformability. In addition, the scaffold features an electro-polished metallic surface, offering smoothness and rounded edges to enable lower friction and easier lesion crossing.

The goal of the Magnesium 1,000 program was not only to gather information on the product’s acute performance, but also to help first implanters gain experiences in the most effective possible use of Magmaris. “With the Magnesium 1,000 program, we wanted to ensure that physicians could achieve the best possible results with Magmaris,” said Dr. Alexander Uhl, BIOTRONIK Vice President Marketing, Vascular Intervention. “This means providing physicians with a clear protocol for implantation.” Through the Magnesium 1,000 program, physicians were directed on how to properly use the Magmaris scaffold and advised to focus on the “4 Ps”: patient selection, proper sizing, pre-dilatation and post-dilatation. Magmaris is currently indicated for patients with de novo lesions that closely match the available scaffold sizes.

Magmaris is a limus-eluting resorbable magnesium scaffold exclusively available from BIOTRONIK. Due to the scaffold’s magnesium backbone, it offers novel benefits that only a metallic scaffold can offer such as desired deliverability, strong radial support and a fast resorption time of approximately 12 months. In addition, the proven BIOlute coating, consisting of a limus drug and an excipient, ensures controlled drug release to inhibit cell growth similarly to Orsiro2, BIOTRONIK’s hybrid drug-eluting stent.

A global leader in cardio- and endovascular medical technology, BIOTRONIK is headquartered in Berlin, Germany, and represented in over 100 countries. Several million patients have received BIOTRONIK implants designed to save and improve the quality of their lives, or have been treated with BIOTRONIK coronary and peripheral vascular intervention products. Since its development of the first German pacemaker in 1963, BIOTRONIK has engineered many innovations, including Magmaris, the first clinically-proven resorbable magnesium scaffold; BIOTRONIK Home Monitoring®; Pulsar2, the world’s first 4 F compatible stent for treating long lesions; Orsiro, the industry’s first hybrid drug-eluting stent; and the world’s first implantable cardioverter defibrillators and heart failure therapy devices with ProMRI® technology. 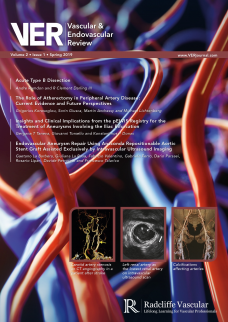