LINC 2020: Paclitaxel Exposure and Dosage of DCBs for the Treatment of PAD

Average (ratings)
No ratings
Your rating
Sign in to rate
Dr Peter Schneider (University of California, San Francisco, CA, US) discusses how paclitaxel exposure and dosage of drug-coated balloons impacts mortality rates around the world in the treatment of PAD.
Questions
1. Can you tell us about the research you presented?
2. What is the design of your study? What are your main questions?
3.     What are the implications of this data on clinical practice?
4.     What other research is under way?
5.     What was the aftermath of these findings?
Filmed on location at the Leipzig Interventional Course 2020.
Interviewer: Ashlynne Merrifield
Videographer: Natascha Wienand

Question 1 : Can you tell us about the research you presented?

[Schneider] So, the research and data that I presented here at LINC yesterday was really driven by the fact that we're still searching to get a solution to our concerns about paclitaxel. We don't know for sure whether paclitaxel leads to a higher risk of long-term mortality, but the information is really starting to crystallise. What I presented is a small piece of that puzzle. The key thing is that whenever an exposure of a particular drug or a particular toxin is thought to have an associated adverse event there are certain specific things that you want to look at to evaluate the potential for a relationship.

Question 2 : What is the design of your study? What are your main questions?

[Schneider] In the case of the medical care of patients where we're deeply concerned if there is an increased risk of mortality, we want to see, is this simply an association driven primarily by statistics and trial design or is this actually a causal relationship between paclitaxel and any difference in mortality that the patient cohorts might experience? So the way we investigate that is by looking for specific criteria. For example, is there a dose relationship? So if this is a harmful material, a small dose should be bad and a large dose should be worse. So is there a dose relationship? Secondly, is there what I would call a mechanism, so is there there possibility that this agent could actually cause the outcome that we're concerned about? It's like what's the biological mechanism? Then, thirdly, and this is where my presentation, where my information came in, is there consistency? In other words, if it's dangerous, it should be dangerous wherever it's tried in whatever population it's used, and this is termed consistency. Is there consistency within the data that there is definitely harm or definitely not harm? So, what I did then was I did some analysis of lots of data sets that had been presented. So, for example, there was a so-called signal, some sign of increased mortality in the randomised trial population, but in the population of what I would call real world data there has yet been no signal identified. So it's really inconsistent. So one population seemed to have an effect, another population it seemed not. So then doing a deeper dive, what I specifically was interested in is the geographic representation of patients because these studies have been done all over the world literally. And so, the question is if it's dangerous is should be dangerous wherever it's used. So we looked at trials that were done in the United States, for example, and trials that were done in other countries, such as Japan and various countries of Europe, et cetera. And what we have found, and this was also detected by the FDA on some level when they did their analysis, is that the danger sign or danger signal seems to be only within the United States. So it's not geographically consistent. It appears that the trials done in Japan especially and also in the European countries show no signal or certainly no sign of danger in that setting. So that lack of consistency really indicates or speaks against a causal relationship.

Question 3 : What are the implications of this data on clinical practice?

[Schneider] The clinical implications are these. The danger of paclitaxel, it appeared about a year ago from now to be a wide open question and although I wouldn't call it that it's not completely solved, so I wouldn't call it a solved issue, I do think a tremendous amount of information and knowledge has been gained in this past year that has helped to do what I would call crystallise the direction that we're going in and also to answer some of the issues related. So, for example, I mentioned some of the criteria we look for to identify a causal relationship. So, one would be is there a mechanism and none has been found, so far, in all of these different studies, both in the randomised trial and the real world data. There hasn't been any clustering of deaths. So in other words, if there is a specific biologic mechanism it should produce a specific adverse event, a cluster let's say, and that hasn't been the case. The other major piece of the puzzle is that the potential for a dose relationship, or biological gradient, has been investigated by multiple authors, multiple studies, and no dose relationship has been identified. And then thirdly, the consistency argument, the concept that I'm presenting about, this difference between patients and certain trials, and also in different geographic areas, not showing consistency in terms of any potential risk there. So all of these data appear to be heading directionally toward the same answer, and that is that the risk of paclitaxel is either very small or there is none with respect to long-term mortality. Like I said, it is not a completely answered question at this point.

Question 4 : What other research is under way?

[Schneider] We have more to do, and I'll just give some examples. One is that we will gather more data because there are randomised trials that have been enrolled that now are continued to be in follow-up. So we will have longer term data from ILLUMINATE specifically, which was presented yesterday here at LINC, and will, I'm sure, go into publication form at some point. Secondly, we will have some data from RANGER. Now the RANGER trials come from Boston Scientific and these were not included in any of these meta-analyses, but fortunately, it is a randomised trial between patients who receive paclitaxel-coated balloons versus plain balloons. So we'll have that data to include. And then, in addition, since the issue first came up there's been a tremendous improvement in the ability to find some of the patients that were previously lost to follow-up, and with that data we gain more insight as to what the different trial design differences are and also, what the true risk is because ultimately if a patient has been lost to follow-up you don't know if they've had a mortality event or not. Once you find those, you can put them in the correct category and take another look at the information. So all of these things are happening and I suspect that as they accumulate the answer will become even more clear.

Question 5 : What was the aftermath of these findings?

[Schneider] I believe that with the initial meta-analysis publication, just again, a little over one year ago, there was a dramatic change in clinical practice. This is reflected differently among various countries, but in general, there was a dramatic decrease in the use of drug-coated balloons in the lower extremities. What has happened now is as information has continued to accumulate, a lot of practitioners have gone back to using it more frequently. The other thing that did happen is that the FDA, the US Federal Food and Drug Administration, what they had said in their earlier letter of March, which was very much it appeared to be a stern warning about their concern ameliorated at least a little bit in their letter of August, and this gives people also more confidence in, for example, they suggested that if patients are a particularly high-risk for re-stenosis that you should consider paclitaxel or at least that you have to weigh the risks, or at least potential risks, and benefits and so I think this has affected practise and a number of clinicians have now started to try to re-incorporate drug-coated balloons into their practises. But it's highly individual and there's no specific algorithm at this point. 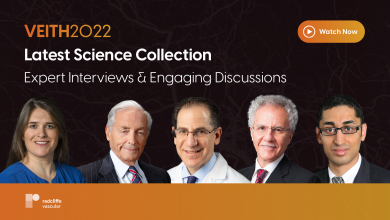 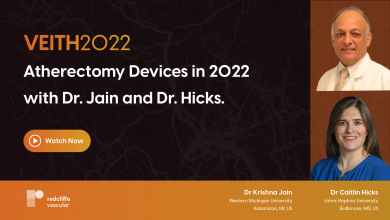 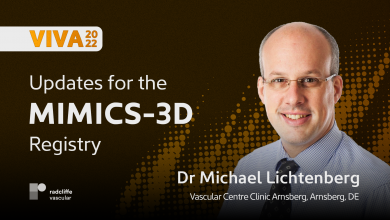 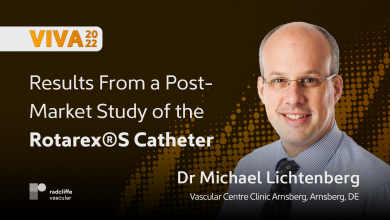