The PROMISE I trial was designed to evaluate the use of the LimFlow Stent Graft System, a deep vein arterialisation device intended for patients with advanced peripheral artery disease, desert foot. Initially discussed at VEITHsymposium 2021, Dr Peter Schneider (University of California, San Francisco, CA, US) reveals the outcomes of this trial, which suggest that the LimFlow System promotes greater freedom from amputation in patients with critical limb ischaemia.

Key Findings of Promise I

- Hi, my name is Peter Schneider. I'm a vascular surgeon at the University of California, San Francisco.

At the university of California, San Francisco. We are a, a trial site using the LimFlow system in the PROMISE trial. And the LimFlow system is one that offers hope for patients who have type one, no option anatomy in the foot, or so-called desert foot pedal anatomy. So these would be patients with a small artery occlusive disease, typically in the, in the small branches of the foot or the microvasculature that despite potentially doing other types of revascularization, the hemodynamics within the tissues of the foot cannot be improved by conventional means. And these patients have typically faced a very high risk of amputation in the past. The one year limb salvage rate in the studies of these types of patients has been anywhere from zero to 34%. Another study demonstrated that toe pressure of less than 10 millimetres of mercury has an amputation free survival rate of approximately 35% at one year. So these are the patients that are intended to be treated with the LimFlow system.

The concept of the LimFlow system relies upon deep venous arterialization. Deep venous arterialization - is an idea that's been out there for a long time. There have been some efforts in the past to perform deep venous arterialization using open means that is doing a bypass to the veins of the ankle or foot. There are challenges with the open procedure, and so it's never been widely adopted. And the potential then to do deep venous arterialization using the endovascular means has now been brought to the forefront using this so-called LimFlow system. The LimFlow system includes several factors let's say, or, or devices that we haven't really had in the past. One, one factor, one idea is that the venous system can be accessed using the lateral plantar vein in the foot after pedal venous mapping. This is something that we hadn't really done in the past. Once access is achieved in the vein of the foot, the, there is a specially designed catheter with a cage like snare. That then could be advanced up into the tibial vein system coming from the arterial system and crossing catheter with a needle that has quite a lengthy throat so that it makes the distance from the proximal tibial artery into the tibial vein. And then once the wire is in place, going from the artery into the vein, across the venous system and into the pedal Venus loop. The other device that's extremely helpful here is a forward valvulotome. So we've had retrograde valvulatomes in the past that we've used for open vascular surgery to lyse valves in the saphenous vein. This is a forward valvulotome, that that can then be advanced along a wire that's in place to lyse the valves going forward. And then once this has taken place of the valves at the ankle and foot level, then the pathway from the foot and extending up to the tibial vein can be lined with a stent graft, including a tapered stent graft, which makes the bridge between the larger capacity tibial vein and the smaller diameter tibial artery, which brings the arterial inflow into the deep venous arterialization. And we've learned a tremendous amount over the past several years. The, I was one of the investigators in the, the early feasibility study for the LimFlow system. And so had experienced in this with this system dating back to 2017, it's been continuously improved, which includes some new devices and new ideas that are part of this system. And some of these ideas centred around things like the pedal venous mapping, and also how to manage a deep venous arterialization after it's been performed.

The results of the PROMISE I study showed that the freedom from amputation was 77% at six months. And that after these first few months, none of the patients lost a limb out to two years. So again, the freedom from amputation at 24 months is also 77%. So it suggests that once this is deep venous arterialization is performed and the patient survives this, this early period that the potential then for longterm limb salvage is high. And of course, this is a concern with all of our CLTI patients, but especially our no option patients. In addition, some other learnings. One is that it's not like an arterial revascularization in that improvement seems to begin immediately. A typical deep venous arterialization takes several weeks to mature. During this time, the wound may even get larger. So the patients that are selected for this procedure, should have a relatively stable wound without any significant infection. And this is important because the patient will need to remain stable while the deep venous arterialization is maturing. As I said, this takes several weeks. Once that occurs, though, what we typically see is steady improvement in the wound until, until healing. There are some other things about how to regulate the flow. So for example, with any arterial venous fistula, if you have too little flow, it may include if you have too much flow, it may actually steal blood from the tissues. And so a volume flow between 100 and 300 mls per minute is typically considered best. Sometimes new tributaries open up in the DVA in the deep venous arterialization, which, which tend to take away blood or, or to lead to non-nutritive flow away from the tissues at risk. And sometimes these types of, of tributaries need to be coiled or ligated, et cetera, in order to improve the flow to the tissues at risk. Nevertheless, you can tell by the way, I'm describing it, that this requires some attention to detail and some maintenance, nevertheless, it's in my opinion, a massive breakthrough because previously these were all patients that would be essentially condemned to lose their leg. And many of them at a relatively early age and sometimes with a very good functional status, then go on to the potential of a limb loss and a loss of independence and loss of mobility.

And so further research with deep venous arterialization, I would say from a standpoint of endovascular deep venous arterialization, it's still early days. And the PROMISE study, the PROMISE trial, I should say is still enrolling. The deep venous arterialization has not been approved in the United States. And therefore this trial, will enrol and will hopefully have reached a status of being approved in the United States. In Europe, my understanding is that there is approval for the LimFlow system and that this is available in some geographies. In addition, I think another thing that's going to be extremely helpful is to really focus in on these no option patients and really do our best to understand who is a good candidate for this type of revascularization and who isn't. I mentioned some of the early learnings, but I think this will continue to improve over time. 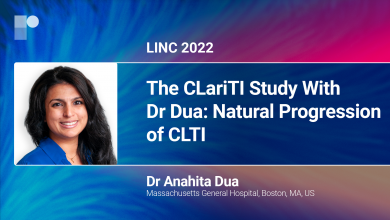 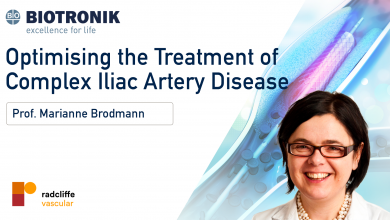 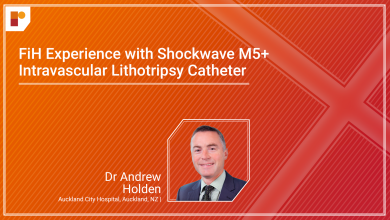 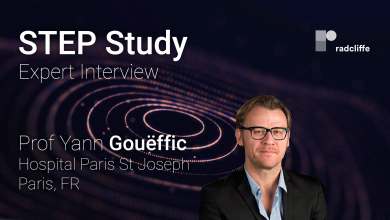