Average (ratings)
No ratings
Your rating
Sign in to rate

This is a case of a 73 years old male patient who attended the general ultrasound imaging department in September 2019 for a scan of his bladder. Incidental findings of an abdominal aortic aneurysm (AAA) were reported. Patient was therefore referred to the vascular department. A specialised vascular ultrasound examination confirmed the presence of a suprarenal AAA with a maximum antero-posterior outer to outer diameter of 5.4 cm. An echogenic tubular shape structure was noted at the distal end of the suprarenal AAA that extended through the infrarenal segment of the abdominal aorta. This was later found to be a tube graft previously (2003) used to repair a 5.6 cm infrarenal fusiform abdominal aortic aneurysm. Mural thrombus was visualised within the suprarenal AAA.

An AAA can be characterised on ultrasound by its location, shape and diameter. Fusiform aneurysms appear as symmetrical bulges around the circumference of the aorta. They are the most common shape of aneurysms. Saccular aneurysms are asymmetrical and appear on one side of the aorta only and have a faster grow rate and higher risk of rupture compared to fusiform AAAs.
AAAs can be classified as suprarenal (above the renal arteries), juxtarenal (involving at least one renal artery) and infrarenal (below the renal arteries). In order to establish the location of AAAs, it is, therefore, important to be able to visualise the renal arteries. However, it is often difficult to visualise the renal arteries with ultrasound, especially in presence of an AAA and bowel gas. To overcome such limitations a phased array can be helpful as demonstrated in this video case. This type of array allows for a better penetration despite a lower lateral resolution. Such transducer is very useful especially when assessing more proximal regions of the abdominal aorta. By using this transducer it was easier to determine the location of the AAA as both the celiac trunk and superior mesenteric artery were visualised through the aneurysmal aorta. Nonetheless, the renal arteries were however difficult to visualise. In addition, a longer section of the tube grafts visualised by using this transducer.

TAKE HOME MESSAGE
Bowel gas is one of the main limitations when scanning AAAs. Using a phased array may improve visualisation of the aorta. A phased array can be helpful to assess the more proximal and distal regions of the abdominal aorta, especially in presence of aneurysmal pathology. 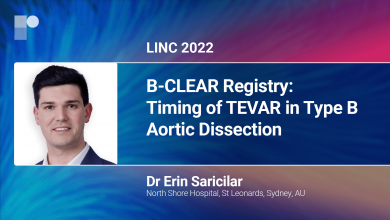 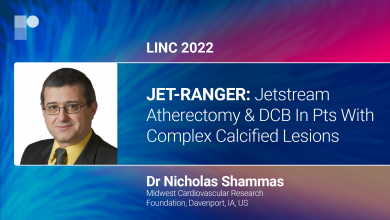