Hi, this is Frans Moll. I'm a professor of vascular surgery and at this moment, clinically not active any longer but I'm still involved a lot in translational research, including this project: "The Xeltis Access Graft". I'm located at the University of Utrecht in the Netherlands.

The durability and the sustainability of a new generation graft is more and more important, I think because our patients will live longer and revisions are both from a patient view, as well as from a health economical view, more and more important. And the current prosthetic grafts lack key features of native blood vessels, such as graft compliance, infection-resistance and an anti-thrombogenic protection of an endothelial lining. A restorative graft is available off-the-shelf and enables endogenous tissue restoration. I think this might be a somewhat new kind of description of such a graft but endogenous tissue restoration is aimed to gradually replace its natural tissue, once it's incorporated in the human body and to overcome the limits of the current prosthetic solutions and that's why the access dialysis graft has been developed. The dialysis graft is made from a biodegradable polymer fibre which is electrospinned and it's available in longitudinal or in straight grafts, as well as in loop grafts. It has a possibility of homing your own cells. So your own cells are gradually replacing the polymer fibres by both endothelium, as well as the [inaudible] tissue. And that may have some serious advantages above the current existing ePTFE graft. The graft functions well. It's good and resistant for loop implantation. The device has a straight configuration and a loop, as I already mentioned, and the inner diameters of six millimetres for both. The safety and feasibility of repeated puncturing has been tested in animals. Of course, there is a kind of instruction for use that is clear, that is for every new and novel device, but it is the aim to create a functional tissue with long durability. As I lined out, it's the polymer fibres, over time, within a year are fully replaced by your own autogenous cells. That includes, also, that it is a relatively low infection rate and the other advantage is that it is off-the-shelf and this company, the startup company, Xeltis, is able to make it in unlimited sizes but for the aim of the first-in-man study, it is restricted to two sizes in the beginning. But the potential is there.

The study design I will discuss but you only can start a study if your animal data are convincing. And I think there is pre-clinical and clinical evidence which is convincing to start a first-in-man study with the access graft, which is the aim of this interview. And pre-clinic, the pulmonary conduit was constructed with this novel concept and over 350 sheep were operated upon and followed up of up to two years. And not only the pulmonary conduit, including a pulmonary valve, has been implanted but also aortic valves, surgically, in the sheep. And these follow-up data are so encouraging that also this concept has been implanted in paediatric patients, carotid access and also in first-in-man as a paediatric conduit, the Fontan patch. And then, a first-in-human pulmonary valve conduit in Europe and Asia with a follow-up in the meantime of more than four years had good results. And it extended now to the US, Europe and Asia and the enrolment has been started. And in the adult patients, the first-in-human CABG study is at the moment started. And your question about the access graft has been started also in the adults.

The aXess first-in-human study is focused on preliminary safety and performance evaluation, and the intention is 15 study subjects to enrol in Europe. And it's a prospective, single arm, non-randomised first-in-human feasibility study to evaluate the preliminary safety and performance, as mentioned, of this unique graft in subjects older than 18 years, so the usual inclusion criteria. Five sites in Europe: Lithuania, Latvia, Belgium, and Italy, and the primary endpoints are freedom from device-related serious adverse events during the first six months and a functional patency rate at six months. And key secondary endpoints are also very common in the dialysis studies, which is freedom from device-related serious adverse events at 12, 24, and 60 months, the patency (the primary, the primary assistant and the secondary) at time intervals and the time to potential central catheter removal, rate of access related interventions, rate of access site infections, and the proportion of haemodialysis sessions completed during the first 12 months. Those are the normal study criteria and shows you how this first-in-human study is being designed.

Well, it's usually pretty uncommon that all your items from your wish list are being fulfilled in one study. So, it's necessary after this very first-in-human study to come to a pivotal study, either single-armed or randomised, that's up to what is coming out in the next year, but ultimately, it is, of course, worth serious worth to explore. But because this access graft for haemodialysis is new and it's a promising generation of AV fistula graft because it's offering a self-healing, sustainable solution for all patients in need for haemodialysis. And that is the most important part to achieve. 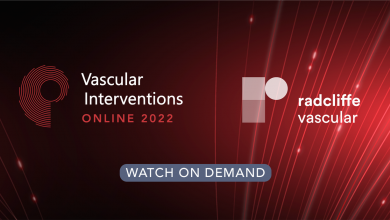 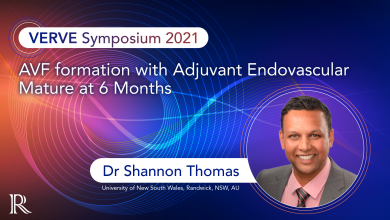 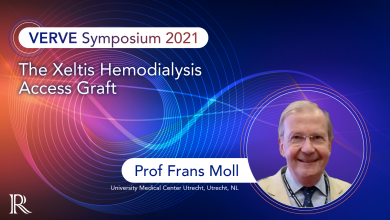 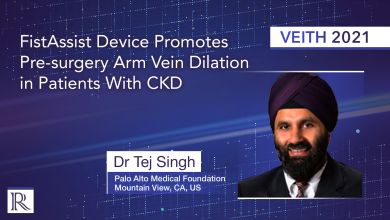 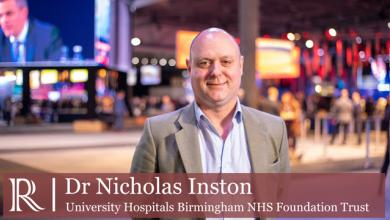